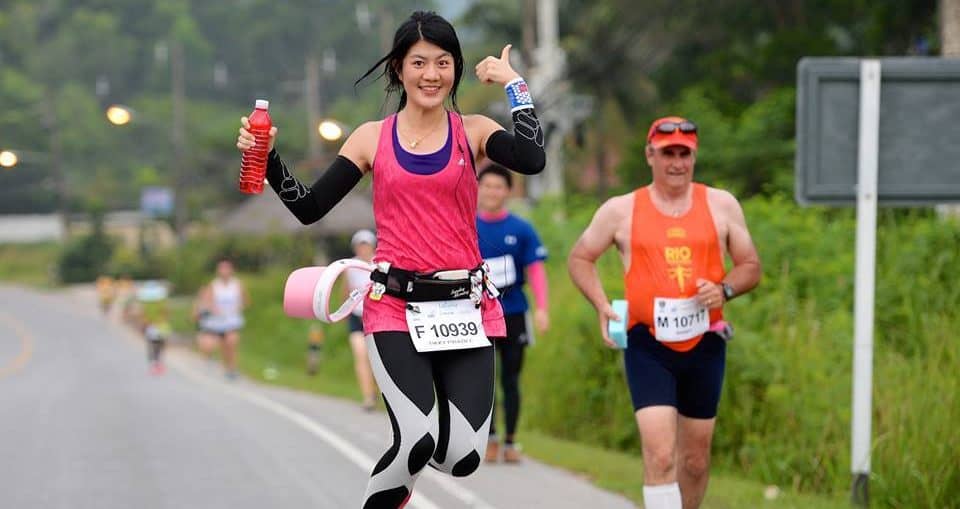 For an updated list of runs happening in Phuket, please see our 2019 Phuket Running Events guide.

Running has never been high on our list of things to do. Especially after moving to Phuket, with +30°C degrees most days, jogging in the steamy tropics seems, well, insane.

But a lot of people do it!

There’s a growing sub-culture of running here in Phuket, which we discovered after our daughter joined a running club at school and started doing fun runs. “Fun run” seems more of an oxymoron, so imagine our surprise when we took our daughter to her first race and found hundreds of people hopping around at the start line, ready to go.

And the run start time was at the beastly pre-dawn hour of 6am. On a Sunday.

We’ve since gone to more of these runs around the island and have slowly come to understand the appeal. The camaraderie. The challenge, the strength building. The victorious energy boost when crossing the finish line. The feeling of being part of something larger, a colourful group of people huffing and puffing together along the pre-dawn streets of Phuket.

Fun runs are sometimes set up as part of a serious running event, like the Laguna Phuket Marathon, while others are solely “fun run” events. Every race we’ve seen has a 10km or 11km category then shorter distance categories of something between 3km and 6.5km. Runners are not timed, so bring along your Fitbit or similar to check your speed and run time. Most Phuket fun runs are free to enter, or have a low entry fee of 250 to 350 baht including an event T-shirt.

These local fun runs are usually advertised in Thai only, so it can be tough to find out about these races if you don’t understand Thai. So here’s a list of some upcoming events for 2018 with links to the event organisers wherever possible. We’ll update this page as we find out about more races.

If you know of any fun runs happening on or near Phuket that don’t appear on this list, please tell us about it in the comments below or send an email to lana (@) gophuket.net.

November 4
Phuket Health Series 1
Location: Phuket Town
Start time: 6am
Route distances: 3km, 9km
Note: This is the first of a series of four runs where participants sign up to run an increased distance in four runs over nine months. In the “Healthy” and “Family” categories, runners start at 3km for the first race, then increase to 5km, 7km and 9km for the next three races. For “Super Healthy” runners, the first run is 9km, followed by runs of 12km, 15km and 18km. We’ll add details on the next 3 runs in this series as they come available.

Laguna Phuket Marathon 2018 – What You Need to Know