Phuket Weather – When is the Best Time to Visit? 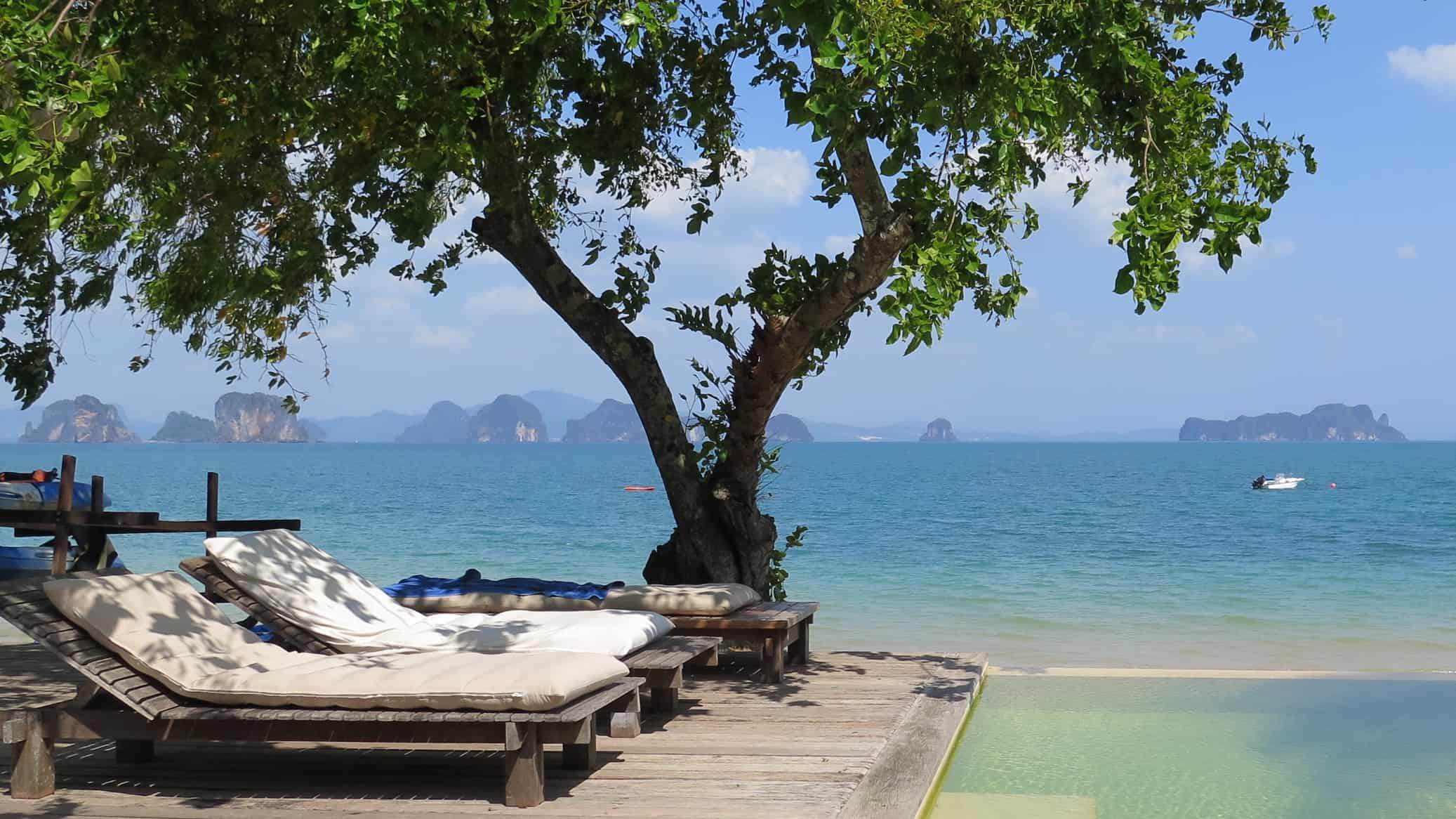 The sea and swimming pools are bath-water warm most of the year in Phuket.

Phuket weather very much fits the image of a tropical island: a mix of hot sunny days and steamy rainy days.

Phuket is found 870 kilometres north of the equator, with average temperatures during the year varying by only a few degrees. Whether you visit in March, June or December, it’s nice and warm here with temperatures in the 27°C to 29°C range all year.

The island’s weather pattern has three distinct seasons: hot, wet and cool. (Noting that “cool” for Phuket is something like 24°C!)

The rainy season lasts from May to October, peaking during September, which gets 400mm of rainfall on average. Cooler temperatures and sunnier days last from November through February, while the hottest months are March and April.

During the southwest monsoon season of May through October, visitors will want to pack some umbrellas, with rain expected to fall 18 to 23 days during each of these months. In our experience of living here, there are only about a week to 10 days during these six months that have full-on rain all day – even during the wettest months. Expect to sweat it out a little, too, with the average humidity in the 75% to 90% range.

To improve your chances of enjoying some sunny days during these months, it’s best to visit in July or August. Phuket resorts are usually offering better prices then, too.

The drier months of November to February have only 4 or 5 days of rain each month, with monthly rainfall of 30mm to 40mm on average. It’s the best time of year to ensure that your island holiday is nice and sunny, but the downside is that Phuket gets more crowded and expensive! Especially during the peak Christmas/New Year and Chinese New Year periods.

And just when you’re starting to enjoy the comfortably dry season, then March rolls in with its hot, hot days, with temperatures in the mid-30s. April remains hot, with some thundershowers here and there to give you a hint of the rainy season that returns in May.

Phuket sunrise and sunset times don’t change too much through the year, with the sun going up around 6:45am and setting about 6:30pm, give or take 10 minutes.

Boat trips to nearby islands such as Phi Phi or Koh Raya run year-round, with some days of cancellations possible if the sea conditions are too rough. The Similan islands are closed from mid-May to mid-October. Other outdoor activities such as ziplining and wakeboarding are available all year.

Swimming in the sea is rarely a chilly experience, with sea temperatures ranging between 28°C and 30°C on average. The Andaman Sea is balmy, yes!

May to October – Southwest monsoon season with monthly rainfall of 100mm to 400mm, with the most rain in September and the least in July and August. Temperatures between 28°C and 29°C on average, high humidity.

March and April – The hottest months in Phuket with daily highs reaching the mid-30s, some rain bringing some cooling relief in April. 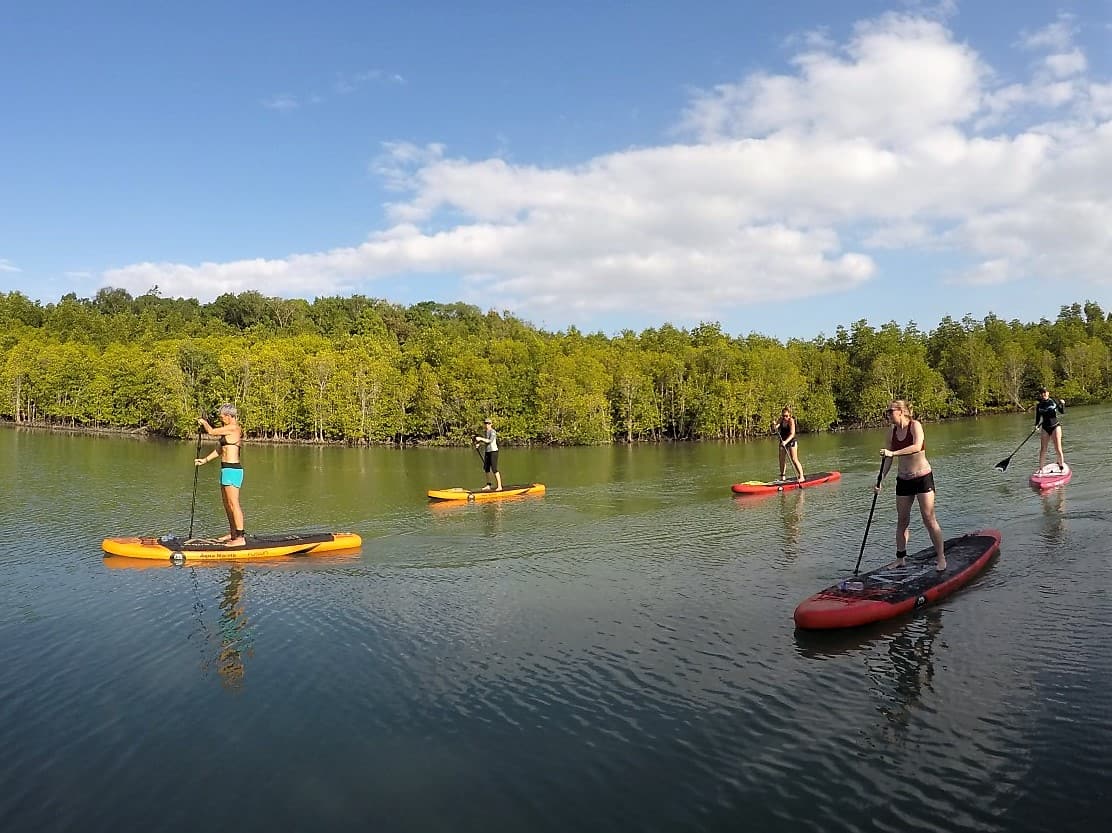 Phuket SUP Tour – A Peaceful Paddle Through the Mangroves 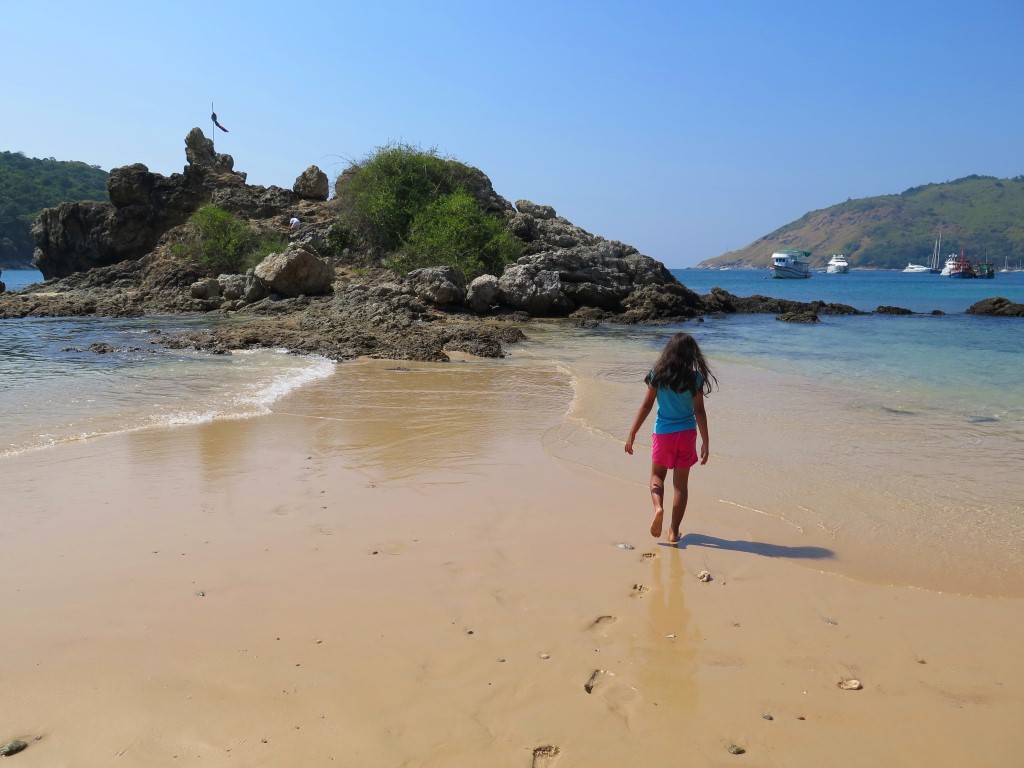 The Best Beach in Phuket? It’s Ya Nui. 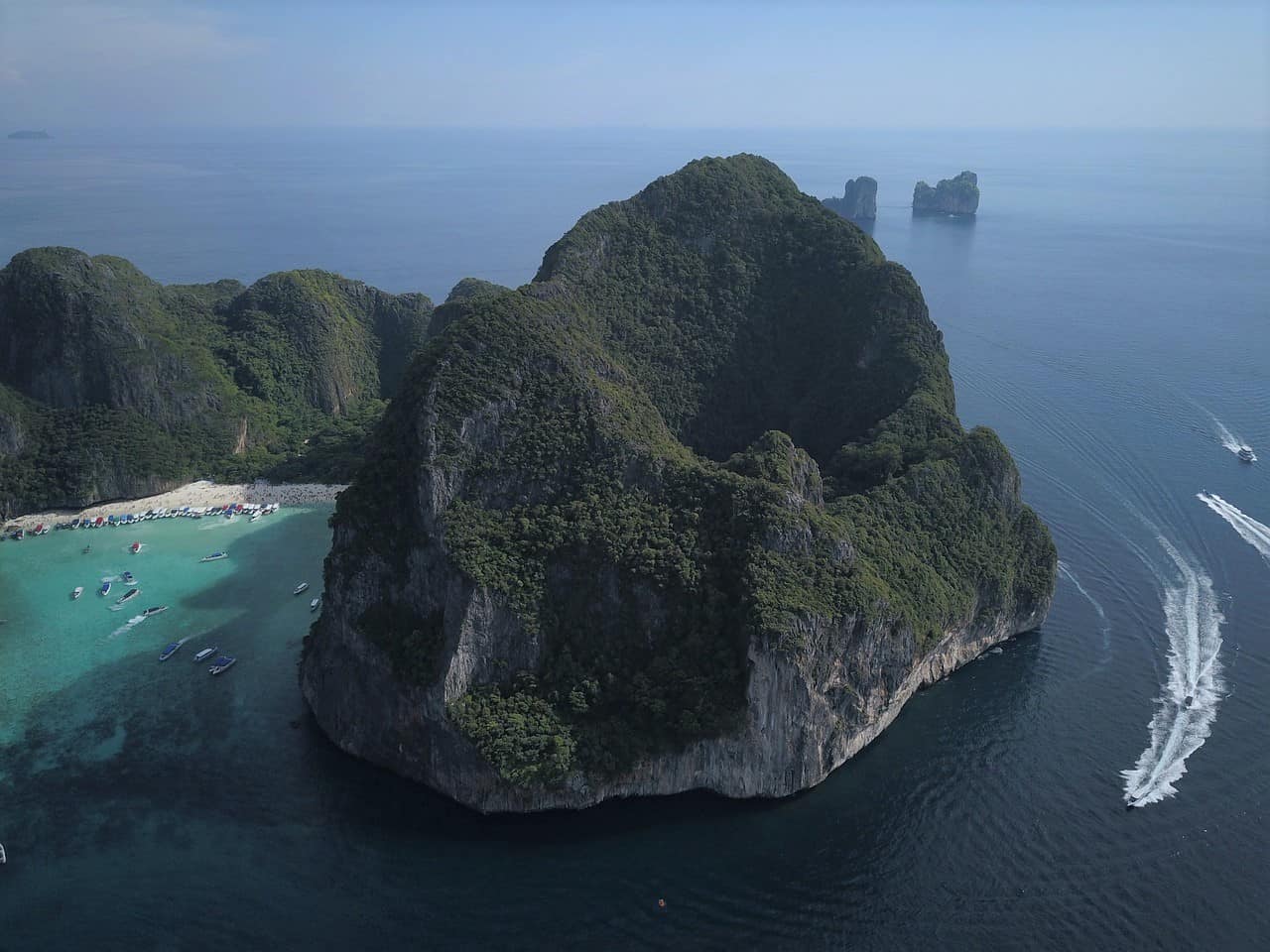 Maya Bay is Closed! Here’s Where To Go Instead

Found this floral work of art being sold at a road

Never seen a temple like this in Thailand before.

Good spot to contemplate life and whatnot. #phang

Never fail to be awed by this view. #phuket #morn

The baby eggplants are sprouting! Another tree tha